I went along to the Cross Border Tourism Conference ” Growing your Visitors- Learning from the Best” held in the Four Seasons today.

The Dundalk Chamber of Commerce hosted the event and had speakers such as John McGrane DG of The British and Irish Chamber of Commerce, Raymond Coyle founder of Tayto Park, Lucy Molan from Digital Google and John Teeling from Teelings Whiskey to name but a few.

There was over 200 people in attendance at the conference and over 35 Exhibitors,  given that it was from 8.30 to 2 pm a substantial amount was packed in.

I do think that our Tourism industry on the North East of the Country really has the potential to bring so much by way of economic benefits to the are. Hopefully the blueprint of exploiting the tourist industry to its maximum  is  the Louth County Council Social and Development Tourism Plan. So many attempts have been made in the past to do this, so lets hope that such an interest in today’s event is the first step to making sure that Louth will be one of the  top tourist destinations on Ireland’s Ancient East. 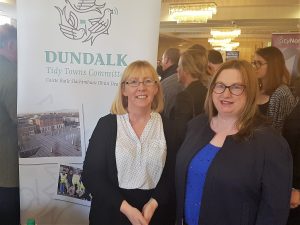 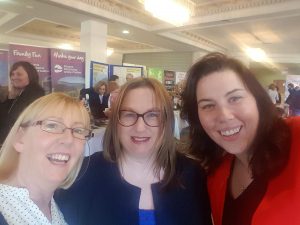